Vatican Radio have produced a special 5-part YouTube series featuring a conversation with Cardinal Luis Antonio Tagle, the Archbishop of Manila in the Philippines. 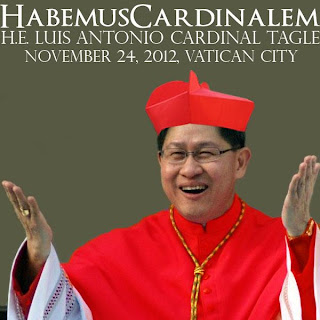 Some may remember this man who couldn't hold back his tears as he received his red biretta and ring from Pope Benedict XVI  last November.
The second youngest in the College of Cardinals said “I cry easily and I guess when you are before a great mystery that you know is beyond you, a calling, a grace, a mission, then you tremble but at the same time you're happy. For me, tears just come naturally.”

There are some similarities with Pope Francis too. He takes the bus, eschews clerical privilege, rides a cheap bike, and exudes simplicity, humility, and down-to-earthiness.
He is an outspoken advocate of the poor. He's also from a country that has suffered two rounds of colonialism (Spain and the United States.)


He's a great communicator - his Facebook page has more than 118,000 'Likes' and he also has a YouTube channel.

Shortly after the news broke that Benedict XVI would step down, his name was floated as a potential next in line.


You can read more about him in this recent article here.

This CNN article from March also gives some insight.

In this first part below Cardinal Tagle speaks about his own personal experience of growth in Faith, and how it led him to the priesthood.

"Looking back at my own experience and growth in faith, I am more and more convinced that faith is a relationship with Jesus Christ, the living God, which is fundamentally a gift to me," Cardinal Tagle said. "I did not produce it in my life. I did not discover it by myself."

A new episode will appear every 3 days. Here's the first one. I'll post the rest as and when they appear.


Second  Video - In this latest installment, Cardinal Tagle speaks about how the theological virtue of hope has worked in his life and how it works in the life of the Church. "Finding sense," said Cardinal Tagle, "finding meaning, and believing that the story of humanity will have a happy ending, assured by God: that is hope."

Last one in the series
What is Challenge ?

Welcome to my Blog 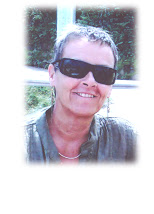 Peace Be With You

I was educated by Dominican nuns and survived

Invited or Uninvited God is present 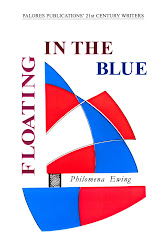 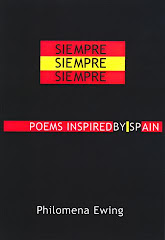 My second poetry collection, even better than the first !

I Can Haz Music

“History says, Don't hope
On this side of the grave,
But then, once in a lifetime,
The longest-for tidal wave of justice can rise up
And hope and history rhyme.
So hope for a great sea change
On the far side of revenge
Believe in miracles....”

“The aim of poetry and the poet is finally to be of service, to ply the effort of the individual into the larger work of the community as a whole.” ―

“I can't think of a case where poems changed the world, but what they do is they change people's understanding of what's going on in the world.”

On his inspiration: 'The completely solitary self: that's where poetry comes from, and it gets isolated by crisis”

On which animal he'd prefer to be: "I might enjoy being an albatross, being able to glide for days and daydream for hundreds of miles along the thermals. And then being able to hang like an affliction round some people's necks."

On fame: "The gift of writing is to be self-forgetful, to get a surge of inner life or inner supply or unexpected sense of empowerment, to be afloat, to be out of yourself. The prizes can’t help you at all.”

On becoming a poet: "My quest for precision and definition, while it may lead backward, is conducted in the living speech of a landscape and a language that I was born with. If you like, I began as a poet when my roots were crossed with my reading."

On authority "At home in Ireland, there's a habit of avoidance, an ironical attitude towards the authority figure. " 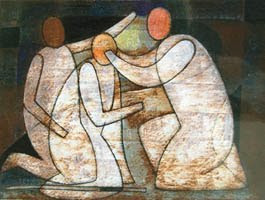 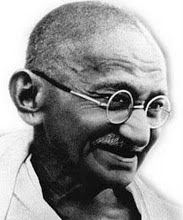 “You Christians have in your keeping a document with enough dynamite in it to blow the whole of civilization to bits...” Mahatma Gandhi

Easter Hope All Year Round

Celestial spirit that doth roll
The heart's sepulchral stone away,
Be this our resurrection day,
The singing Easter of the soul -
O gentle Master of the Wise,
Teach us to say: "I will arise." ~
Richard Le Gallienne

"The great gift of Easter is hope - Christian hope which makes us have that confidence in God, in his ultimate triumph, and in his goodness and love, which nothing can shake."
-- Basil C. Hume


Celtic Christianity may offer us a lifeline in the form of an approach to faith which is rooted in the imagination...[Celts] excelled at expressing their faith in symbols, metaphors and images, both visual and poetic.
They had the ability to invest the ordinary and commonplace with sacramental significance, to find glimpses of God’s glory throughout creation and to paint pictures in words, signs and music that acted as icons opening windows on heaven and pathways to eternity
Ian Bradley The Celtic Way

Guaranteed to Lift The Spirit 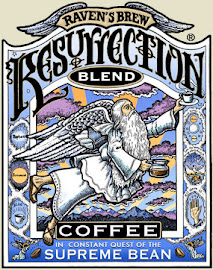 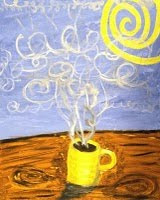 Every Monday Morning join Fr Austin Fleming for a prayer . Click on the coffee cup for the archive

A Big Heart Open To God

Pope Francis -How The Church Will Change 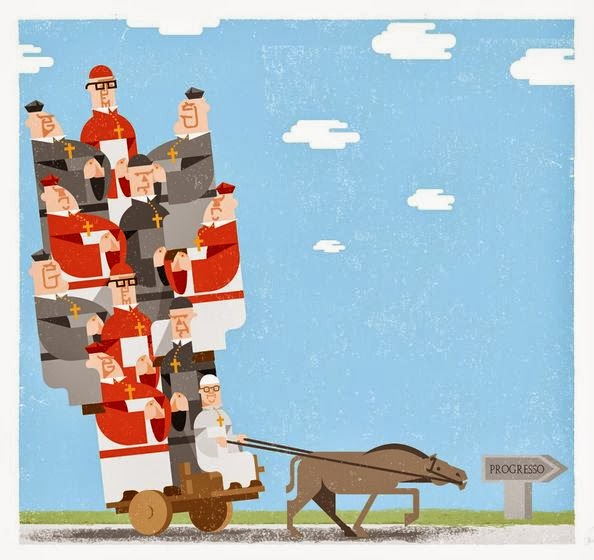 This offers parameters to assume a correct position for discernment, in order to hear the things of God from God’s ‘point of view.’ … However the risk in seeking and finding God in all things, then, is the willingness to explain too much, to say with human certainty and arrogance: ‘God is here.’ We will find only a god that fits our measure. The correct attitude is that of St. Augustine: seek God to find him, and find God to keep searching for God forever.”﻿

How much I much criticise you my church and yet how much I love you !

You have made me suffer more than anyone and yet I owe you more than I owe anyone. I should like to see you destroyed and yet I need your presence.

You have given me much scandal and yet you alone have made me understand holiness. Never in the world have I seen anything more obscurantist, more compromised, more false, yet never have I touched anything more pure, more generous or more beautiful.

Countless times I have felt like slamming the door of my soul in your face – and yet, every night, I have prayed that I might die in your arms!

No, I cannot be free of you, for I am one with you, even if not completely you.
Then too – where should I go? To build another church? 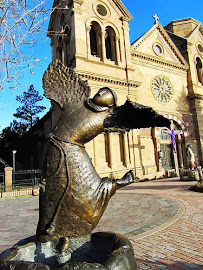 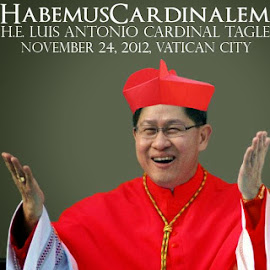 Franciscan Quote of The Day 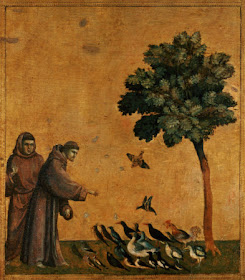 Did the Woman Say ?

Did the Woman Say?

Well that she said it to him then,
For dry old men,
brocaded robes belying barrenness
Ordain that she not say it for him now. 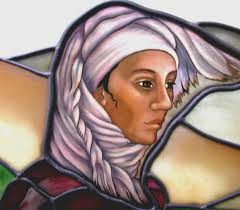 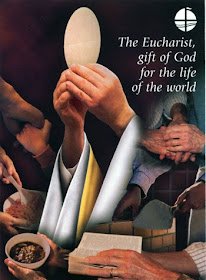 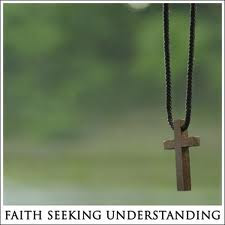 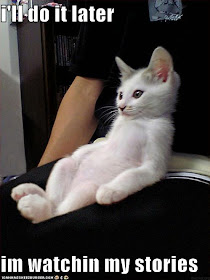 
A blank piece of paper is God's way of telling us how hard it is to be God.

There are things you can’t reach. But
you can reach out to them, and all day long.
The wind, the bird flying away. The idea of God.
And it can keep you as busy as anything else, and happier.

“A man should hear a little music, read a little poetry, and see a fine picture every day of his life, in order that worldly cares may not obliterate the sense of the beautiful which God has implanted in the human soul.”

"There is an Indian proverb or axiom that says that everyone is a house with four rooms, a physical, a mental, an emotional, and a spiritual. Most of us tend to live in one room most of the time but, unless we go into every room every day, even if only to keep it aired, we are not a complete person."

"Lost in the mystery of finding myself alive."

A tough life needs a tough language-and that's what poetry is. That's what literature offers- a language powerful enough to say how it is. It isn't a hiding place. It is a finding place.
Jeanette Winterson

There are two kinds of people: those who say to God, “Thy will be done,” and those to whom God says, “All right, then, have it your way.”

The independent hearts of Celtic descendents everywhere still yearn for the solitary place, still rejoice in the goodness of creation, still see the Lord beside them as they walk, still see Him in the face of friend and stranger. The gospel light with its eastern fire still gleams. The truth still lingers in the heart.
Pat Robson – The Celtic Heart

People are itchy and lost and bored and quick to jump at any fix. Why is there such a vast self-help industry in this country? Why do all these selves need help?

Never for the sake of peace and quiet deny your own experience or convictions.
--Dag Hammarskjöld

If you want to build a ship don't herd people together to collect wood and don’t assign them tasks and work, but rather teach them to long for the endless immensity of the sea.
— Antoine de Saint-Exupery

For what are we, without hope in our hearts, that someday we'll drink from God's blessed waters?"
-Bruce Springsteen

"Sometimes grace works like waterwings when you feel you are sinking."
-Anne Lamott

"A prayer may be a wordless inner longing, a sudden outpouring of love, a yearning within the soul to be for a moment united within the infinite and the good, a humbleness that needs no abasement or speech to express it, a cry in the darkness for help when all seems lost, a song, a poem, a kind deed, a reaching for beauty, or the strong, quiet inner reaffirmation of faith. A prayer in fact can be anything that is created by God that turns to God."

"God does not die when we cease to believe in a personal deity, but we die on the day when our lives cease to be illuminated by the steady radiance, renewed daily, of a wonder, the source of which is beyond all reason."
Dag Hammarskjold

When asked if I am pessimistic or optimistic about the future, my answer is always the same: If you look at the science about what is happening on earth and aren’t pessimistic, you don’t understand the data. But if you meet the people who are working to restore this earth and the lives of the poor, and you aren’t optimistic, you haven’t got a pulse. What I see everywhere in the world are ordinary people willing to confront despair, power, and incalculable odds in order to restore some semblance of grace, justice, and beauty to this world.”

The greatest religious challenge of our age is to hold together social action and spiritual disciplines. This is not just a theological necessity, dictated by the need to integrate all of life around the reality of the living God. It is a matter of sheer survival. The evils we confront are so massive, so inhuman, so impervious to appeals and dead to compassion, that those who struggle against them face the real possibility of being overwhelmed by them.”

One day you will ask me which is more important? My life or yours?
I will say mine and you will walk away not knowing that you are my life. 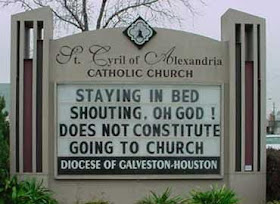 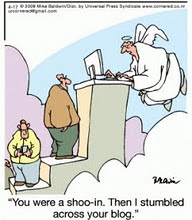 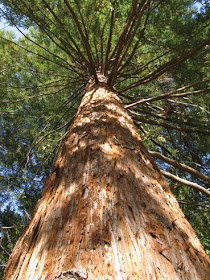 "Trees are poems the earth writes upon the sky, We fell them down and turn them into paper, That we may record our emptiness." — Gibran Khalil Gibran 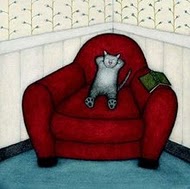 Embrace the stillness of solitary moments 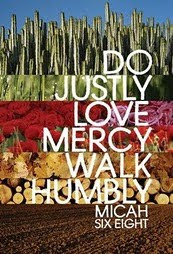